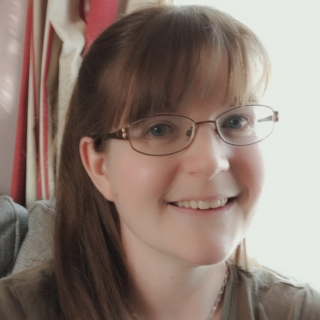 9:50: I suppose it’s time I get up, lol…. I actually have an alarm clock now, and a proper bedside table!

9.56: Ministry of Mayhem is on ITV so I think I’ll lay here for a while! Nan’s on holiday so I have no plans until later when I’m going to the pub.

10.40: I get up and have some coco pops, read the paper, and catch up on the soap gossip… Kat finds out this week that her husband Alfie has been seeing her sister.

12.51: I’ve just been playing on the computer for ages… But I fancy going to a scrapbook shop in Brimscombe (Paperarts, they moved to a bigger shop from Minchinhampton!) Had better ask Stewart nicely if I can borrow is satellite navigation from his work van!

1.51: Got the sat nav! I had to park out the front because my neighbour is stupid and parks too far forward that I park over the garage and mum can’t get out. There’s Stewart’s work van too in front of my car.

2.56: I got here eventually! I had a nice browse around the shop – so much wonderful scrapbook goodies! And my mate called me while I was in the shop as him and Kev are already down the pub, so I’d better get back to my hometown now pronto!

3.16: Stupid sheep hold us up so we’re gonna be sat here until they move out of the way!! Ooops, just remembered I gotta get Stewart some pencil crayons, so I’m gonna go to HobbyCraft.

4.11: The rain got a lot worse and everyone ended up stranded in Hobby Craft! The rain was so bad you could hear it in the store, but while I was stood at the door with a bunch of other people I decided I’d run to my car… Only the car park was flooded so my bag was soaked from the rain coming down and my feet and jeans are soggy from the flooded car park!

4.24: Mate’s called me at least 4 or 5 times since I was in Paper Arts so I dont stay home long, just enough time to drop off the sat nav, Stewart’s Crayola pencils and my Doodlebug papers and rubons I got in Brimscombe.

5.38: After sitting in the Turmut for ages we all decide we’re hungry so we go to the Harvester once Crystal and Richard arrives to join us.

8.41: After we’ve had our food we go to Tenpin which is just down the road from where I work! After playing on a ton of games, Rich and Crystal go home. Me and my mate head home, only to realise Kevin’s left behind!! Mate goes to pick him up only Kevin has already started walking back. At 9.30 there’s a knock at my Mate’s house – it’s Kevin!

10.28: I’m soooo tired, I’ve been driving practically ALL day! I have a cake and my tigger mug of milk.

10.50: I realised that the time was wrong on the camera lol, doh! I correct it, and I go to sleep after my candle burns out 5 mins later.

This site uses Akismet to reduce spam. Learn how your comment data is processed.